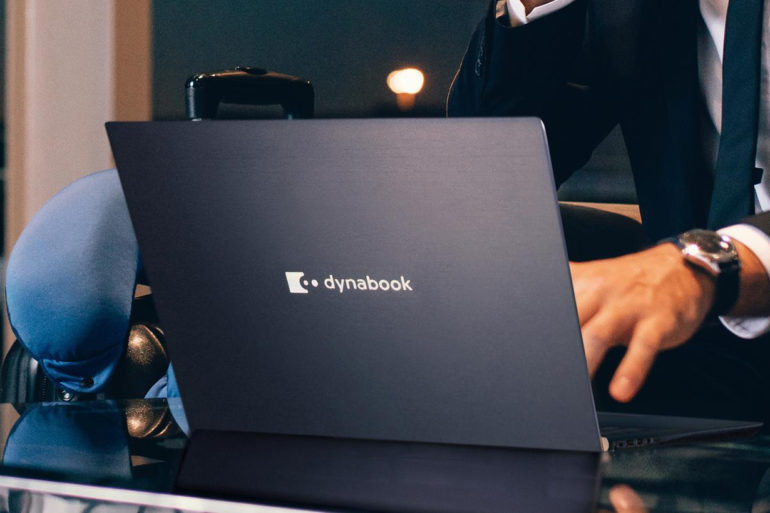 When you see the name ‘Dynabook’ on your travels around the internet, you might feel a twinge of recognition. Dynabook is a relatively new brand for high-quality laptops, but the ‘Dynabook’ name is one of the oldest and most recognised in the history of the portable PC.

In fact, the word ‘Dynabook’ first appeared as long ago as 1954, and became synonymous with ‘cool laptops’ in the early 1980s. But just because Dynabook has a storied history, doesn’t mean new chapters aren’t being written even today. Building on that legacy, Dynabook continues to innovate laptop design and performance.

What’s in a name?

Toshiba started using the term ‘dynabook’ for its high-quality laptops as long ago as the 1980s. Today, the tradition continues – same company, new name. Think of it as Dynabook getting a fresh new makeover as…. itself!

In fact, the term ‘dynabook’ goes back even further than Toshiba’s famous portable PCs. ‘Dynabook’ was coined in the 1950s and applied by researcher Alan C. Kay in the 1970s, to the then-radical concept of a computer that could not just be used by anyone of any age, but even be small enough to carry! Imagine!

Of course, we don’t need to imagine, because Toshiba brought us the T1100 in 1985, the world’s first mass-market laptop and direct tech ancestor to Toshiba’s own Dynabooks, and today’s Dynabook range. In 2019, Dynabook became its own brand, with experience and credibility going back to the very dawn of the laptop age!

Toshiba’s respected track record with the Dynabook name continues to be built on today, by Dynabook itself. When you buy a Dynabook, you can still expect a powerful laptop sure, just like the Toshibas of old, and also one that is dependable. High durability (and the ability to take a bit of punishment) is a hallmark of the Dynabook legacy.

Style is a big part of laptop design today, and Dynabook continues to push forward on that front, but the brand is also well known for innovations in portability. That doesn’t only mean ‘light and compact’, it means packing desktop features we take for granted, into a tiny laptop.

Other innovations are more behind-the-scenes, but no less important. Rigorous in-house testing is a Dynabook innovation, as is using as much in-house developed hardware as possible. All this innovation can still be seen today, in the current Dynabook range. Let’s take a look:

The Dynabook Satellite Pro range might not look like the Ferrari of laptops, but it can certainly bring the performance. That’s the focus: professional performance, matched to outstanding portability and epic battery life.

The latest CPUs matched to the best hardware configuration give the user, well, whatever they need in a laptop. The choice is yours. Consider the C40-H if you want the compact portability of a 14-inch laptop, or spread out on the 15.6-inch C50-H.

This name should have a special place in the heart of any laptop fan, because for years Portégé has been synonymous with the very lightest, thinnest, and – dare we say it – sexiest laptops available. For example, there’s the Portégé X30W-J, which at just 939 grams is one of the world’s very lightest 13-inch laptops.

Portégé is where ultra-performance meets cutting-edge technology. If you need the latest and greatest in laptop tech, including 2-in-1 convertible and hybrid laptops which function like tablets (with amazing pen input too), then Portégé is where Dynabook really delivers.

For efficient and powerful business use, with enough power and connectivity to match a desktop even, there’s Tecra. Often seen as a desktop replacement, it’s a perfect fit for the new so-called ‘hybrid workplace’, where you’re not just chained to a single desk all day. A laptop with Tecra’s power and portability lets you do your business… wherever you do business.

Tecra brings the latest hardware (and that means top performance) while also supporting next-generation features like Microsoft’s Secured-core PC standard – vital for the upcoming free upgrade to Windows 11, and offering the kind of protection against data and identity theft that can only be described as ‘unrelenting’.

The future of Dynabook

The past and present of Dynabook are well-established. Today, a Dynabook from anywhere in the range equals an excellent laptop packed with the latest tech, meticulously designed and built to exacting standards.

Obviously, Dynabook has no plans to abandon this amazing legacy! The future is as exciting as ever, especially with Windows 11 just around the corner. Dynabook will continue to innovate in design and performance, and provide the kind of quality and dependability that has been synonymous with the brand for decades.

For example, Dynabook’s testing process for laptops is among the most rigorous in the industry. In a process called HALT (for Highly Accelerated Lift Testing), Dynabook subjects its products to a process that you could almost call cruel… but necessary!

Models are tested by rapid simulation of up to five years’ worth of opening and close, keyboard use, trackpad use, and power cycling. A laptop with a Dynabook brand represents a promise to the user – this laptop is dependable. It will work when you need to work.

Just look to the Portégé line for the epitome of this philosophy. Not only is Portégé tested every bit as hard as other Dynabooks, they must also meet the US Military MIL-STD-810G standard. Why that matters for the average user, is in how it means resistance to dust, humidity, extreme temperatures, drops, and even altitude. Put it this way: if you find yourself in extremis, but you’re still alive, your Portégé should be too!

A Dynabook works, and is for work

The South Australian businessman and former BHP chairman Essington Lewis (1881-1961) famously had a framed text on his office wall which read: “I am work”. That same philosophy applies to Dynabook today. If you need a laptop, and you need it to be there for you, no matter what, Dynabook remains what it has always been: The obvious choice.

Tech for teenagers shouldn’t come at a cost

How to choose a BYOD laptop for school