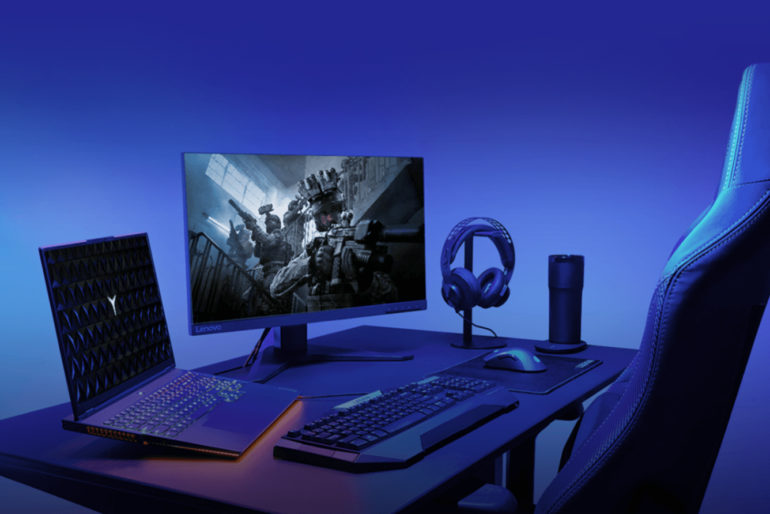 When it comes to platforms, today’s gamer is spoilt for choice. There’s the happy-go-lucky Nintendo Switch and 3DS, the duelling home consoles of Microsoft’s Xbox and Sony’s PlayStation (in various iterations), and then there’s the PC. By PC, of course, we mean a computer that can run Windows. We say ‘PC’ because the ‘IBM Personal Computer’ was the common ancestor of all today’s Windows machines.

When it comes to gaming, the Windows PC is a powerful and flexible platform. It can play everything – even Nintendo games and Xbox/PlayStation exclusives if you’re the type that cares less about piracy (which this website naturally condemns). The PC is where gaming tech finds its bleeding edge, at a price of course. If you’re prepared to buy without a budget, then PC is where you can find the most expensive and most powerful components.

The first PCs built with gaming first-and-foremost in mind, were desktops. Desktop PCs consist of a large box (usually called a ‘tower’ or ‘case’) into which you plug a monitor, keyboard, mouse, and speakers or headphones.

The desktop PC has evolved over time in several directions, but most desktop gamers prefer to use the so-called ATX standard. This means a case that takes a motherboard, CPU, RAM, and the all-important graphics card.

The other kind of PC built with gaming in mind is, of course, the laptop. You know what laptops are of course – a portable all-in-one computer with a folding screen. The keyboard and display and built-in, and while you can plug in a mouse (and gamers do), there’s also a trackpad. Gaming laptops tend not to have touch-capable displays, for reasons we’ll explain later in this article.

Which brings us to you, standing cash in hand, ready to spend big (or at least, pretty big) on a PC ‘just for games’. Sure, you can use it for other stuff as well, but the reason you want a ‘gaming PC’ instead of just any PC, is that you want to play games, a lot.

So which form factor do you go for? Gaming desktop, or gaming laptop? What are the differences? Why choose one over the other?

To answer that, you’ve come to the right place.

What is a gaming laptop?

The idea of the laptop or notebook PC is fairly well known these days. Most people use laptops, at work and at home, and the desktop (for non-gamers) has dropped in popularity, because the one thing it doesn’t have going for it is portability. Even the heaviest laptop is much easier to move around that a whole desktop.

But when it comes to a gaming laptop, well that’s a more specific kind of product. Most laptops are designed with slimness and extreme battery life in mind. Some are ‘hybrids’ with a display that bends around or detaches to become a tablet. But the key thing is light weight, and maximum battery. The sacrifice? Graphics power.

Take the top-end Lenovo Legion 7 as an example. This is a gaming laptop, because it has an AMD Ryzen 9 5900HX CPU and an NVIDIA GeForce RTX 3080 GPU. As well as this though, it has a 16-inch display with a 165Hz refresh rate and G-Sync support, 32GB of RAM, a very fast 1TB SSD hard disk, and custom system lighting – that means a bunch of LED lighting effects around the edge, on the keyboard and power button, and on the outside of the lid.

Unlike a regular laptop, it also comes with a 300-watt power supply to run that GPU, and the design of the Legion 7 takes into account the increased cooling requirements of its very high-end spec.

The only ‘compromise’ a gaming laptop makes is in slimness. A gaming laptop has to be fatter than a regular laptop because of how powerful the internal components are. When it comes to computers, power always means heat. Got a GPU that handles graphics better? It’s going to produce more heat than one that is slower.

This means if you do want to use a gaming laptop for, ahem, serious work, it’s a great choice. From extreme spreadsheet and database wrangling (think: Excel docs that are gigabytes in size), to video editing and processing, and even rendering 3D animation and visualisations – a gaming laptop can do it all. Oh, and it plays games too, of course.

What is a gaming desktop?

A quick word on the gaming desktop. If you want the absolute most powerful set of components available on the market for playing games, desktop is the way to go.

Perhaps that’s the best way to define a gaming desktop: overkill. These PCs can accept graphics cards that are almost like entire computers in their own right. The NVIDIA GeForce RTX 3090, for example, can run games in 8K. As for CPUs with just crazy-sounding specs, how about the AMD Ryzen Threadripper 3990X, with 64 cores? RAM? Shove in 128GB if you’ve got the dosh. And so it goes.

Even better, for the enthusiast, you get to put all this together yourself. A gaming desktop offers the maximum in customisability. If you’re not that tech-savvy, you can buy pre-built desktop gaming PCs. Some are just like one you’d build yourself, but just pre-assembled. Others are more customised. The basic rule is: the smaller the tower, the less powerful the PC, because you can’t fit the top-end components inside.

What makes a good gaming PC?

So far, we’ve bombarded you with a bunch of specs and form factors. Big woop, right? After all, you can play Minecraft on almost any computer, it doesn’t need to be a dedicated gaming PC. In fact, any game that doesn’t have gosh-wow graphics like you see on Xbox or PlayStation, will play just fine on a reasonably new PC of almost any spec.

Which raises the question: what exactly makes a good gaming PC? Is it something we can even measure? Yes! Gaming performance is actually straightforward to measure. Because the latest graphics and visual effects are very demanding on computing power, a gaming PC – laptop or desktop – demonstrates its performance by how fast it can ‘render’ (or display) these effects on its screen.

This is measured in frames per second. Games are like movies – they show movement by rapidly updating the image on the display, many times a second. While films at the cinema are shown at 24 frames per second, that’s generally a bit slow for gaming – the action looks jerky.

Gamers prefer 60 frames per second (FPS) for smooth animation and quick response to their input (via keyboard and mouse, or gamepad like on console). But games aren’t movies because what happens on the screen depends on what the player is doing. Maybe you’re just driving across the open desert in a buggy; that’s easy to render and keep at 60FPS. But throw in a bunch of enemies with their own AI, explosions, other vehicles, a cityscape, allied AI shouting in your ear, music and sound effects and so on, and the computer has to work harder.

A more powerful CPU designed with gaming in mind, such as the AMD Ryzen 5000 series (for desktop) and 5000H series (for laptop), will assist in keeping things running smoothly, but the bulk of the work is done by the GPU.

Of course, some games don’t have fancy graphics and don’t need a powerful GPU, but these aren’t the so-called ‘triple A’ titles you see on consoles like Xbox and PlayStation. For these games (and triple-A games too, of course) other things like amount of RAM and speed of the hard disk will affect performance. Basically, when it comes to a gaming PC, more is better. More power, more capacity, more cores, more RAM, more everything!

So… laptop or desktop?

Let’s quickly run through the pros and cons of each form factor, to give you an idea of which might suit you better.

As you can see, we’re not about to declare an absolute winner here. Each form factor has its own set of benefits. Okay, the fact that desktop can win on absolute power (if you spend absolutely huge amounts of money) might make it seem like the obvious choice for the super-hardcore gamer.

But the desktop comes at more than a financial cost. A gaming laptop is easy to use, it just works, right out of the box. And with today’s mobile GPUs and CPUs, the difference in actual gaming performance – as opposed to ‘benchmarking’ results using special software to score performance – isn’t that significant anymore.

What the gaming desktop and the gaming laptop have in common, however, is that they are PCs. And that means a gaming experience that’s more personalised, more customised, more cutting-edge, and compared to every other gaming platform, just… more.

So, you’ve decided that you want a gaming laptop, but how do you choose one that’s right for you? Check out our How To Choose A Gaming Laptop guide for plenty of helpful tips.