Low-band 5G is not real 5G – perpetuating the speed myth 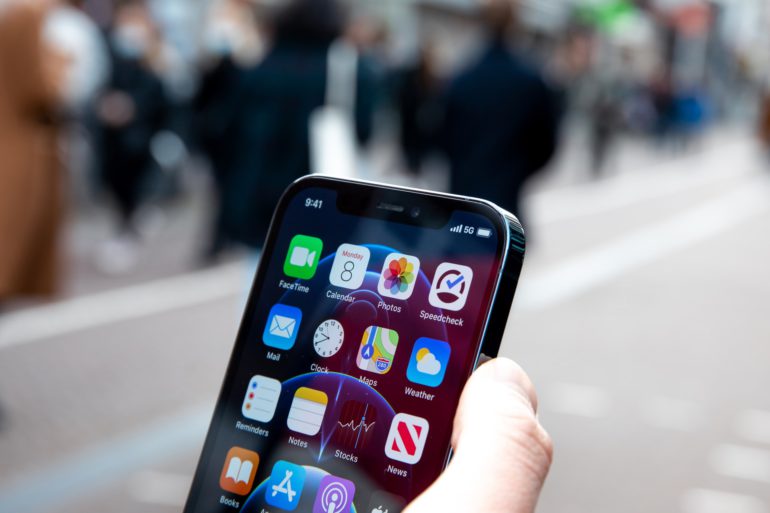 As if the substandard, sub-6Ghz 5G network forced on Australians was not bad enough with snail’s pace data rates and ultra-limited coverage, now we are facing a huge speed downgrade with so-called, way slower, Low-band 5G.

Low-band 5G is a ‘coverage’ layer because it repurposes sub-1GHz 3G (and later 4G) bands. Because these have a lower frequency, they have a greater range and tend to pass through walls and glass (in-building coverage). Note that we are using real-world speeds below – there are exceptions to all rules, especially if you live beside a cell tower.

Telcos don’t tell you that once repurposed, Low-band 5G maxes out at around the same speed you get with 3G or 4G – 5-50Mbps download. It is nowhere near the promised 20Gbps mmWave high-band (usually 1Gbps) or the 1Gbps sub-6Ghz mid-band (usually 100-300Mbps) that seldom delivers.

Low-band 5G is purely a marketing term that will cost you money. All we have ever asked of the 5G journey is Telcos tell the truth and cut the BS. I guess when they started with the big 20Gbps porky, it went downhill from there. Now they lie about 5G coverage that only offers speeds pretty comparable with 3G and 4G it ultimately replaces – Telstra claims 5G reaches 75% of Australians. And there is a significant sting in that tail that will cost you money (read on).

Nokia Networks, a 5G infrastructure provider, is one of the few to call out low-band 5G lies.

Operators often refer to low-band spectrum as ‘beachfront property’ because it is so desirable. They can serve thousands of customers within hundreds of square miles with just one tower … but it also means that the speed and latency of the 5G network may only be incrementally better than the networks they replace.

Already Telcos in the US offer low-band 5G ‘extended range’ as standard, charging more for mid-band and even more for premium high-band 5G+ generally only for enterprise that can afford to pay much more.

Much of the 5G network’s performance will depend upon your proximity to the cell site.

The reality is that while you may get ‘coverage’ you may not get usable download speeds. Low-band 5G should supply voice services to most Australians. Will it enable better data speeds? Mostly, no. Read Carrier 5G coverage maps are rubbish – US FCC to see why 5G maps are less believable than D-grade sci-fi flicks.

The third lie is that the 3G network is still operating with the same coverage.

Telstra has announced its 3G network is closing in June 2024. It has not announced the 3G repurposing/retiring schedule nor the areas it affects. Once 3G is repurposed, the local ‘cell’ tower stops transmitting 3G on that frequency. That leaves users who rely on 3G coverage worse off (4G drops back to 3G when the signal is weak) as that 1-or-2-bar black spot becomes a dead spot.

That means you will have to buy a 5G handset sooner rather than later. But wait, there is more. Most current 5G phones will not be able to get low-band 5G unless they have the more expensive Gen 3 modem enabled for:

So, an actual Australian 5G phone will require n5, n28, n40, n78, n257, n258 and Non-standalone (NSA) and Standalone (SA) compatibility. These are few and far between. And mmWave will require small cells to achieve any coverage.

Telstra does not plan or need to build small cells on every street for 5G. Telstra is upgrading its existing network [via low-band] to provide 5G coverage and is using small cells where required. Small cells are typically used to provide localised coverage in small geographic areas where there are coverage limitations due to terrain, buildings or other obstructions, or additional capacity where many people use mobile and data services [stadiums, etc.].

The fifth lie is 5G is for all

Those monthly commitments are way over what Joe and Jane Average can afford. Woollies, Boost and many more have 4G plans from $20 (or less), but Telstra denies them 5G and VoWi-Fi (Wi-Fi calling) – see, VoLTE and Wi-Fi calling not as widespread as we think.

Bottom line – you will still use a lot of 4G. No matter which Telco, you will find most places where you drop back to 4G, even if your phone says [low-band] 5G.

Press releases from Telcos read like D-grade sci-fi novels. It is more about posturing – the external battle between Telstra and Optus to crow about more coverage at less cost.

Let’s hear some truth about speeds, coverage and stop using the highly misleading term ‘Australia’s population. Geographically the claim ‘4G across 99.2% of the population, in over 1600 Australian towns and communities’ equates to less than 20% of the country.

And the 5G claim of ‘75% of Australians’ is 2700 suburbs (200 towns and cities) or parts of Canberra, Central Coast, Brisbane, Sydney, Cairns, Gold Coast, Adelaide, Hamilton, Melbourne, and Perth. Geographic estimates are less than 1%.

Optus is not any better, claiming to have over 1,000 5G sites in Sydney, Perth, Melbourne, Brisbane, Adelaide and Canberra, and key areas outside these cities.

Low-band 5G is fine for coverage, but it is not good 5G – it is 3G in wolve’s clothing and will require a new 5G compatible phone. The pigs a fuelled and ready to fly.