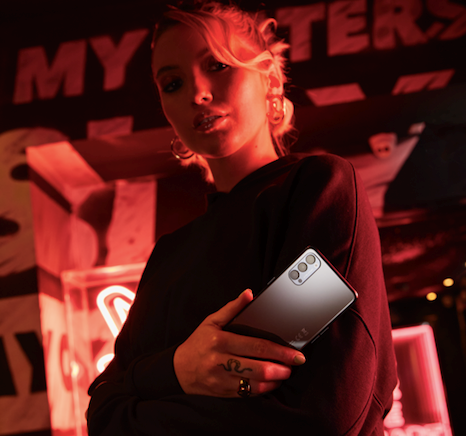 OPPO is now #1 smartphone and #2 5G vendor in China Q1 2021. That is quite a feat considering the huge number of local smartphone makers (over 100) and Huawei’s and Xiaomi’s Chinese market dominance – until now.

Now admittedly, this is just for Q1 2021 and in China. But to smartphone market watchers, it shows a dramatic shift to this brand from others. The question is, why?

Back in May 2019, a former US President put Huawei on the US Entities List. Under President Biden that won’t change. The immediate impact was that it could not use Google Android on any new models. The longer-term impact was that it could not get any components using US intellectual property or made with US-designed machinery. That means silicon chips essential to a smartphone.

Huawei knew that would happen and stockpiled hundreds of millions of essential chips to allow it to continue making smartphones. That supply has run out.

Then Huawei channel stuffed its Chinese distributors and retailers. This means it sold (on generous no-pay consignment terms) literately a few hundred million low-cost smartphones using its Balong 5G modem that only works in China. That meant its sales figures were still up using old stock – an old trick.

Simultaneously, the Chinese Communist Party (CCP) made it clear that its citizens should buy the spyware ridden Huawei Nova 7 5G phone. Why? To earn extra social credits (gold stars!). It also helped that the CCP gave Huawei significant financial support allowing it to undercut all other brands.

Well, as the saying goes, around August 2020, the ‘fit hit the shan’, and Huawei’s decline was rapid. By the end of the year, it had sold off its Honor sub-brand that accounted for 43% of its sales in a thinly veiled move to its ‘mates’. And its Mate and Pro brands using its flagship Huawei designed Kirin SoC were too expensive for the average Chinese consumer – where the volume sales are.

OPPO is a good value phone in Chinese markets

It cleverly used the Reno series (largely a sub-brand developed for the Indian market) and launched the Reno5 5G series in December 2020. The phone went gang busters, and it is coming here soon. Why? An even more capable 5G phone at a mass-market price. And OPPO was less affected by component shortages.

In China, there are OPPO branded stores everywhere. It has the best reputation for after-sales service anywhere in China.

We have been covering OPPO (AU website here) since its launch here way back in 2014. It has invested in Australia with offices, warehouse, great support and being a good corporate citizen.

Not only that, but I have not ever seen a ‘three-legged dog’ in any of its models. They invariably score well above the 8/10 pass mark – often 9 or even the perfect 10. It is is a safe brand and product to buy, not embroiled in the Huawei spying scandal.

It will be launching its 2012 half-yearly model update in mid-March. I expect to see more of one of Australia’s top brands and innovative phones. You can’t go wrong.

OPPO is now #1 (at least in China) and we understand in the top three in Australia. Well done.